“Texas, our Texas! All hail the mighty State!

Texas, our Texas! So wonderful so great!”

The word Texas comes from the Hasinai tribe meaning friends or allies. Texas is home to one of the country’s most important battles, The Alamo, located in San Antonio. The Alamo represents the birth of Texas liberty and it is not only the states, but also one of the country’s most popular historic sites. The state is the only one to have had 6 different nation’s flag and eight different governments until 1865 when it became part of the United States. When the United States took over Texas, it was the only state that was submitted to the union by treaty and not by annexation of territory. Since 1836 five sites served as capital cities for Texas, Sam Houston, one of Texas considered the most famous Texan by some, then moved the capital to Houston, which later on in 1839 was moved again to the new town of Austin. However, because it was such a small town, the Austin capitol first opened its doors 49 years later on May 16, 1888.

Texas, the mighty state it is, is home to some of the country’s biggest and finest industries, landmarks and records, such as the biggest ranch in the country the King Ranch. Richard King, the king of Texas, after whom the ranch was named, had a lifelong motto that stated: “Buy land and never sell,” that helped this property extend over 13000 square miles between Corpus Christi and Brownsville, bigger than the state of Rhode Island. King brought in cattle and cowboys from across the border and helped promote the states herds. Texas has the nation’s biggest whitetail deer herd, an estimated cattle population of 16 million, and is the number one producer of wool. The state is also home to major company headquarters from all over the world, such as Dell, Compaq, Exxon Mobil, AT&T, Shell Oil Company, Hewlett Packard (HP), Sysco and many others. Texas is also big in sports and is home to some of the country’s most competitive teams like the Dallas Cowboys, Dallas Mavericks, San Antonio Spurs, and Texas Rangers. 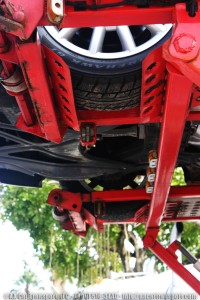 The state was also first for some events that led to other nationwide; in 1870 the first suspension bridge was built over Brazos River called the Waco Bridge and is still in use for pedestrian crossing. Texas also was the first state to present a domed stadium for the public. Dr Pepper a beverage drank by many was invented in Waco in 1885.

“All hail the mighty State!” These words taken from The Lonely Star State’s anthem, is written proof of the infinite opportunities and diversity of landmarks and people the state has embodied throughout history. For all those reasons movement into Texas has brought many industries such as the car transport industry to full bloom.

One of Texas great advantages for its variety of industries is its weather. The state lies within the southern line of states in the country and enjoys of great weather conditions throughout the year. Although snowfall is reported in the northern part of the state, snowfalls aren’t as bad as northern states and passage through the state is still possible to reach the west or east coast if necessary, for this reason car shipping routes like CA –FL or TX-FL and all the cities in between are very common all year long.

Texas has a strategic location in the map, where it enjoys not only of great weather and land conditions, but it also borders with Mexico for great transport possibilities and limits with a great distance of water of the Gulf, allowing many ports of entry for overseas car shipping. Many people ship their cars overseas into Texas. Car industries ship to Texas to ship overseas to other countries. This has made Texas a major point of entry and exit for the country. Car Transport benefits greatly from this factor as major movement happens with these scenarios.

Higher price to get out

Texas is an acclaimed destination and ending point for most of car transport routes. Having the ports nearby, border with Mexico and great opportunities state wide for any one that relocates, shipping prices to Texas are very cost-effective and driver availability is higher than any other routes yearlong. Unfortunately, movement out of the state isn’t as high, driver availability may be high, however not a lot of loads can be assigned; therefore prices to ship out of the state are much higher.

Texas, as wide as it is, offers many places for destinations or starting points for the car transport industry. This has also allowed many routes to surge in order to service customer’s different needs. These major points are located almost strategically in the map to cover point to point the state.

On the eastern side of the state you will first find Houston, one of the most important points as it near to the ports and major center for vehicle shipping services. Also main routes cross through the city, therefore many drivers pass at some point through Houston, even if the final destination is far from here.

If you keep going southwest, you will get to San Antonio, another major point. San Antonio is one of the last major points before crossing to the southern peak of Texas, which although has nearby ports and the border is not as transited.

Moving a little north from San Antonio, is Austin, the state capital, and as capital will always be a major point of attraction. Austin is located almost in the middle of the state and is crossed by a couple main routes.

Up north from the capital is Dallas, major dealerships, auctions and private owners. Dallas has been a meeting point for many routes due to the major selling spots that are located here. This might be one of the cities that provide the most movement toward the ports and other cities within Texas.

Crossing all the way to the west point of the state is El Paso. This is a major crossing point for car transport across the border. It also meets up with routes coming from California and assists routes moving into the west coast or cross country to the east coast.

Read also How to Ship a Car and Golden Rules to avoid Car Transport Scam.

Ready to ship? Give us a call at (800) 516-3440 to speak with one of our representatives or get a FREE Online Quote for Car Transport in Texas!